The Mostly Dead Merger (and its Unexpected Integration Issues)

The Mostly Dead Merger (and its Unexpected Integration Issues)

Articles on why mergers fail are ubiquitous, (cue the Google search). Each provides its own list of reasons for the historically disappointing success rate, citing issues like overestimation of synergies (cost and growth), culture clashes, inflated valuations, etc. Almost all, however, share one reason: integration failure. To a fault, these articles point to the post-close integration period as the time where the merger took a wrong turn. Except, to paraphrase Miracle Max, many of these mergers weren’t “all dead.” They were “mostly dead.” Any “Princess Bride” fan will tell you that’s an important distinction.

Let’s put aside the “all dead” merger — ignoring those that were conceptually flawed from the start. Let’s instead investigate those that were theoretically sound but fell down the integration rabbit hole; in other words, the mostly dead mergers. Parties to a mostly dead merger will tell you that if they knew then what they know now, the deal would have been a success. This time around, they’d know the integration tripwires to avoid or, at least, better anticipate. While they can’t do it again, we have learned from their failures and can protect against the “aha” moments born of mostly dead merger-integration mistakes. These are the often-overlooked, but potentially fatal, pitfalls those other articles don’t tell you about. The top 5 are:

1)  We Omitted the Omitted

Where integration is the byproduct of a carve-out, a transition-services agreement guides the provision of services between buyer and seller and the creation of the road map for an eventual full hand-off. This agreement’s omitted-services clause can be a carve-out’s best friend — or its worst enemy.

The transition-services agreement is the blueprint and guardrail to ensure business continuity and no interruption of critical processes (like payroll, order invoices, and more).

But for all the meticulous pre-close planning that usually goes into such an agreement, some things are bound to get left out. Either that’s because the day-to-day employees were not involved in its creation or because some activities are unique to the companies in the deal.

For example, maintenance of a technology system that is proprietary to the seller would be hard to account for in an original transition-services agreement, but it is critical to the future operations of the company being carved out.

Including an omitted-services clause obligates the deal parties to include services that were inadvertently excluded from the transition-services agreement. The clause is equal parts BFF and CYA — and without it, the carved-out company and integration process can be DOA.

Let’s talk about the many wrong turns we’ve witnessed here, starting with not establishing an integration management office. Without this office, a merger has likely failed before it’s really begun.

Most parties to a deal understand the critical nature of this office. The big mistake occurs in the staffing of it. While the office head needn’t be an employee, it’s not a part-time gig, either. No way can an employee lead an integration while doing his/her day job. And if that day job is light enough to handle the full load of the office, then that staffer is probably not the right person – with the necessary credibility – to play that role.

The integration-management office leadership must be empowered – helmed by someone within the combined organization who is senior, well respected, and has the necessary bandwidth to spearhead integration efforts. S/he must also be comfortable with ambiguity and knowledgeable of cross-functional interdependencies. Where such a person exists internally, that’s great. Where such a person isn’t on staff, bring in a consultant who can play the role of full-time integration lead.

3)  We Were Off to the Races Without a RACI

Consensus does not equal alignment. When that lesson is learned at the end of an integration effort, it’s a lesson learned a day late and a dollar short.

Let’s set the stage: Your integration office leads a transition meeting with the functional heads responsible for individual merger initiatives. The meeting goes well with lots of heads nodding in agreement about plans going forward.

Three months later, the integration has been hindered by initiatives not executed or executed in a manner strikingly dissimilar to those agreed upon.

The lesson: Your meeting embodied corporate consensus (the passive-aggressive version). True alignment is more than nodded-on agreements in principle; it’s teams working together in unison and parallel to achieve a shared goal, consistent with the integration workplans.

Ensuring alignment is hard work, requiring an inexhaustible appetite for check-ins with those who are tasked with execution (see again the part-time-gig mistake). Those who do it best are those that follow the RACI framework. To achieve this specific objective, who is Responsible, and who is Accountable? Who is not directly either but must nevertheless be Consulted or, at least, Informed?

4) We Spelled Integration Without IT…

It’s no secret that IT is the engine that keeps all corporate wheels running smoothly, and so it becomes a critical centerpiece in any integration roadmap. If it’s so obviously important, how then can it be overlooked?

The answer is – it’s not overlooked as much as it’s underestimated.

Are there plans to ensure the effective transfer of an ERP or CRM system? Of course there are. Concurrently, are the time and resources required to transition everyone in the new company from G-suite to Microsoft 365 underestimated? You bet.

Integration plans are created by senior leaders and strategists – as well they should be because they are the ones who have identified and can understand the deal thesis and value drivers.

But it is the boots-on-the-ground IT staffer who knows the true cost of merging technology infrastructures, of ensuring individual laptop conversion and compliance, of getting licenses transferred, and everything else related.

Two mistakes are made here. First, that staffer was never consulted. Second, given IT’s importance as a corporation’s central nervous system, integration leaders must view the IT component of a merger as they would a home-construction project: budgeting 20% more in time, resources and costs than what’s been promised or, more often, assumed.

5) We Forgot to Introduce Diligence to Integration

Diligence is the yeoman’s work of the deal. It is the in-the-weeds vetting of an organization’s financials, total addressable market, customer base, talent-acquisition abilities, competitor offerings, etc. It’s the DNA on the company — discovered during diligence and then promptly forgotten.

Indeed, there are three buckets of diligence use cases.

That stepchild is a treasure trove of data and analysis that should inform the integration-management office on transition plans and priorities and the most appropriate pathways to integration objectives. And yet, in a mostly-dead merger, never the two shall meet.

Corporate executives and deal-makers are predicting robust M&A activity in 2019. (Two-thirds of these executives expect the M&A market to strengthen over the next 12 months.)

But all that increased activity does nothing if subsequent integration efforts render the mergers mostly dead. Learning from the “aha” moments of the (near) deceased can produce a more successful (even enjoyable) merger season.

Have fun storming the integration castle. 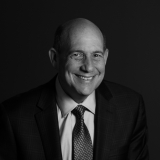