Cerrano was no Ricky Vaughn, but the slugger had a point. It’s hard to put wood on the curveball. Fourteen years later, researchers studying the elusive nature of the pitch would give him a scientific excuse for striking out: We tend to see an object’s position with great accuracy when it’s in the center of our visual field and less accurately in our visual periphery. The carve-out is the financial equivalent of the curveball, a critical lesson given its rising dominance in the private equity pitcher’s arsenal. Indeed, as valuations and competition remain at historic highs, buyers with record amounts of dry powder are seeking alternative deal vehicles, of which the carve-out is becoming king, accounting for 10% of all M&A activity globally.

Carve-outs can offer lower multiples and higher gains. But buyers beware: The downside of that greater upside is an inherently complex deal that can puzzle even serial acquirers. That’s because the carve-out’s complexities occur in the periphery. Capturing its advantages requires the PE investor to look beyond pro-forma financials, which are an imperfect reflection of the business. They don’t capture what’s missing (a lack of stand-alone finance, HR, IT and other important business functions). Nor do they capture what is likely to change (the cost advantages, pricing policies, and strategies that have always operated within the context of the broader business). Because so many of the variables for carve-out success fall outside the center of the sponsor’s visual field, the absence of expertise brings with it an onslaught of pitfalls – the most concerning tend to fall into three categories:

Show Me the Money: The cash-in/cash-out issue is heightened during a carve-out due to the inherent co-mingling of assets. Similar to a divorce, entangled cash flow needs to be divided and assigned appropriately. The cash coming in on Day 1, technically the property of the buyer, will be received through the seller (given the necessary delays in rerouting customer payment channels, etc.). And that money can be further entangled with revenue coming in (through other parts of the seller’s business) not part of the deal. Conversely, the seller is often paying invoices now technically owed by the buyer (and must now include the buyer in the payment approval process). Without proper pre-close planning, cash-in/cash-out entanglements can become a real threat to a successful post-close venture. There is also the heightened complexity of creating a 13-week cash-flow forecast. But though it may be more complex, in many ways it is also more important in a carve-out scenario, as it will help the buyer understand the degree to which the company can weather unanticipated timing hiccups.

Lack of Batting Practice: At the risk of exhausting the baseball analogy, carve-out success hinges on game-day readiness. The assumption is that since there is a Transition Service Agreement in place, Day 1 will be business as usual.  But that assumption is not only false, it can be dangerous. The truth is that on Day 1 much will stay the same, but some critical processes (e.g. order-to-cash, procure-to-pay) will change and those changes will require meticulous pre-close planning and communication with stakeholders. To succeed, sponsors must have a pre-close plan for which processes and functions the business can perform independently and which need service providers and capability development. Fund sponsors will need to ensure regulatory approvals are granted for NewCo: tax, operating licenses, etc. They also need to scrutinize assumed running costs, reviewing against cost drivers (sales, lead generation, headcount, and software licenses). For parent-provided goods and services, the prepared investor will compare assumed costs to market prices for internally provided services. And unlike the traditional deal, there must be a disproportionate focus on stakeholder communication around operational continuity.

Stabilize, Then Optimize: Too often, we see buyers make the mistake of doing both concurrently. The job of standing up a company while still conducting business is, in and of itself, a massively complex undertaking. As a result, if in the early stages of the purchase the buyer can stabilize the business by keeping most of the employees (they want to keep) and most of the existing customer base, that’s a success. And it’s a success that should not be taken lightly because the distractions of creating a new company can overwhelm operational continuity. Successful buyers can minimize those distractions by creating a Separation Management Office. The SMO should include both deal and carve-out team members and should be given autonomy over critical operational decisions (TSA terms, software selection and hiring). The SMO will enable the compartmentalization of functions: Those in charge of running the business day-to-day can do so without getting into the weeds of the transition, while the SMO can focus on planning for and troubleshooting transitional hurdles. Then, and only then, should the buyer undertake the hard work of optimizing the new company to create additional value.

The carve-out requires private equity to think and prepare differently for due diligence and post-deal execution. It requires a focus on peripheral factors beyond the traditional deal complexities. While the path to carve-out success is littered with pitfalls, PE should also remember the long-ball payoff that comes with proper preparation. 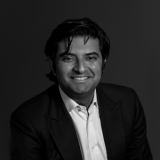 Naseem Ansari is a Director with experience in Deal Advisory and Private Equity. Naseem’s expertise allows him to focus on finance, operational, and portfolio management projects across a variety of industries.  Read more