Preparing for a Distressed Market

Insights from the Accordion Roundtable...
Finding the Upside in a Downturn

“Normalcy. The market wanted it, the market needed it, and now the market is taking advantage of it.”

Since October, we’ve witnessed the slow, but clear, emergence of market volatility. Not enough to officially declare it the first steps toward a down cycle, but enough to wonder about it, aloud.

The volatility might well be considered a foreboding sign on an otherwise unblemished economic cycle but, the truth is, the private equity community isn’t reacting to it as such. While deal makers may never welcome a downturn, there is a growing sense of relief that this may mark a return to some degree of economic, valuation, and deal normalcy – the long-awaited pivot.

So, we gathered an intimate group of leading investors to discuss the potential of a distressed market over doughnuts and danishes at our most recent Accordion Breakfast Roundtable in midtown Manhattan. Participating firms included The Carlyle Group, Blackstone, Goldman Sachs, and Harvest Partners, amongst others.

What we learned can be boiled down to one word: uncertainty. There’s a very real push-pull dynamic between market euphoria and investor hesitancy that, in the long-term, will lead to the eventuality of a downturn. But, just when that longer-term cycle starts, and just what the impetus is for a sustained period of market distress, remains unclear.

As a result, the private equity professionals around our table highlighted three interesting take-aways, not only in relation to the when and why of a downturn, but to the how, as well: how private equity firms can best position and prepare for a distressed economy. They include:

Of course, armed with historical precedent from the ‘08 crisis, and with ten years of a bull market behind us, the real danger isn’t that the private equity community hasn’t prepared for the down cycle. “The real danger is that we’ve convinced ourselves that we’ve taken risk off the table, altogether…I chuckle at the concept of preferred structures. When the end of the world comes, no structural preference will stop it.”

So while nuanced approaches to a recessionary environment are important – and they are – so too is the more blunt Armageddon model for when an outsized bubble bursts.

“The trick is to prepare for the second order effect. When the real down market hits, even the best, most assessed, most mentored management teams may do little to stem the tide. Instead, what’s my pull the plug, parachute out of this thing solution? Those are the real – and last – questions we’ll need to ask, and answer, to properly prepare for a distressed market scenario.”

And then, as is the beauty of private equity, we’ll start all over again with the next cycle… 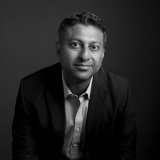 This roundtable was facilitated by Rishi Jain. Before joining Accordion, Rishi led Alvarez & Marsal’s San Francisco corporate restructuring and turnaround practice for 10+ years and served in a variety of senior financial operating roles for stressed and distressed situations.  Read more