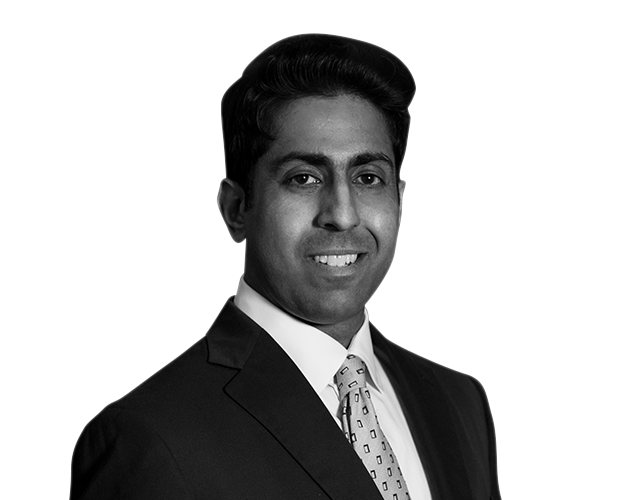 Sujay is a Managing Director with nearly 16 years of experience of advisory, private equity, and investment banking experience with clients ranging from startups to large multinational companies.

Sujay’s representative Accordion engagements include working with companies in a variety of sectors including software, manufacturing, paper products and professional services. He has led engagements for the portfolio companies of Bain Capital Ventures, Ares Management, The Carlyle Group, Hellman & Friedman, and H.I.G. Capital. By utilizing advanced data analytical tools, Sujay has enabled clients to reduce working capital and streamline costs.

Before joining Accordion, Sujay served both as a consultant to and Chief Financial Officer for Faveo, an early stage consumer products company. Prior to that, he worked as an investment banker in India for Anand Rathi Financial Services, where he served as the head of Financial Sponsors and was responsible for raising capital for and investing capital in high growth companies in a variety of industries.

Prior to that, Sujay served as a Vice President in the mergers and acquisitions group at Greenhill, where he advised clients in the midstream energy and real estate sectors. Some of his notable transactions include advising American Financial Realty Trust in its $3.4 billion sale to Gramercy, and advising Kinder Morgan in its $950 million acquisition of the Trans Mountain Pipeline System. Prior to Greenhill, he worked as an associate in the media and telecom investment banking group at Bank of America. He started his career in the corporate finance consulting group at Stern Stewart where he advised companies on a variety of issues including mergers and acquisitions, leveraged recapitalizations, fairness opinions, dividend policy and financial strategy.

Sujay’s experience includes working with global companies in both the U.S. and Asia. He has experience in several industries including industrials, media & telecommunications, energy, real estate, healthcare, and technology.