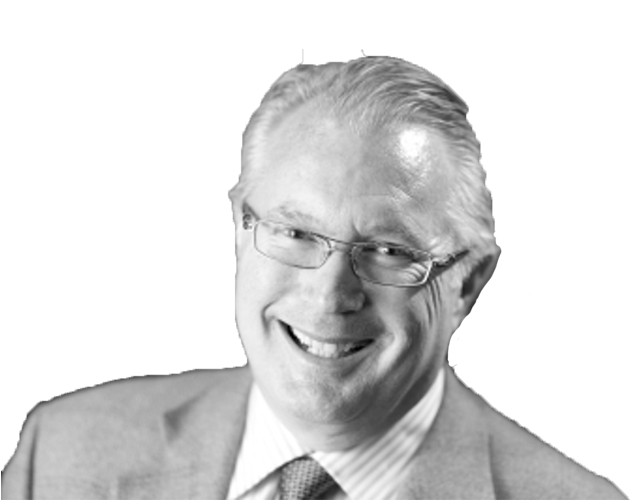 Keith is a Senior Managing Director and co-leader of Mackinac Partners’ (acquired by Accordion in 2021) Financial Restructuring, Transaction Advisory, and Private Equity practice with over 30 years of diversified business experience. He plays a key role in the delivery of the firm’s service offerings across these areas in addition to M&A/transaction services, sell-side advisory, interim management, PE portfolio optimization, and PE subsidiary company performance improvement and restructuring. In this role, Keith has worked with key partners that include Marblegate Asset Management, American Capital, Fortress, Apollo, New Mountain Capital, Littlejohn & Co., and Prudential Capital Partners in portfolio company strategic, operational, and financial restructurings.

In addition to serving as a partner in two international accounting firms, Keith has extensive experience in leading companies through periods of pervasive change and turmoil and is nationally recognized as a leading turnaround executive. His industry experience includes insurance (both P&C and Life), telecommunications, technology, hospitality, retail, real estate, event services, consumer products, and manufacturing.

Keith recently served as Interim CFO of Unitek, a leading construction and engineering firm building telecommunications networks across the United States. He was an integral part of the team, comprised of management and sponsor representatives, that lead the transformation of Unitek’s business from one primarily focused on satellite TV service and installation to one focused on the construction of fiber telecommunication networks.

Keith also served as CEO of D&W Fine Pack, a manufacturer of plastic and aluminum packaging, primarily for use in the food service industry.  In this role, he developed and implemented the operational restructuring plan that rationalized the company’s product offering and manufacturing footprint across 10 facilities. During his tenure there, he worked closely with D&W’s board and equity sponsor to secure necessary capital to support the company’s operational restructuring and led the successful search and selection process for an industry veteran CEO to replace him.

In addition, Keith served as Chief Restructuring and Operating Officer for ARCA, global manufacturing company that supplies cash processing equipment to the finance industry, with global headquarters in Mebane, North Carolina and manufacturing, R&D, and engineering operations located in Ivrea, Italy. There, he led the assessment of the profitability and viability of the companies’ product offerings and R&D initiatives, and the development and implementation of a plan to abandon unprofitable and unproven lines of business with a focus on core selling markets and streamline costs and management. This resulted in a rebound in sales, with the first seven months outpacing YOY results by +35% and reversing an on-going downtrend in revenues since 2015. The company also experienced significant EBITDA margin improvements which allowed it to generate the cash flow necessary to meet principal and interest obligations without the need of additional permanent capital.

As Interim Chief Executive Officer for one of the largest U.S. manufacturers of single-use plastic and aluminum food containers, cutlery, and straws with $300 million in annual revenues and nine manufacturing facilities, Keith led the management team through all strategic initiatives and restructuring activities focusing on four key pillars – increasing profitable sales, optimizing manufacturing footprint, improving plant efficiency, and improving organizational effectiveness. The key plan activities included liquidity management, customer and product line streamlining, evaluation of capacity constraints, footprint and tooling optimization, select plant consolidations, disposition of certain business units, the negotiation of an equity investment from the existing shareholders, and the negotiation of an amendment to the Company’s credit facility. This led to improved liquidity, a 20% improvement in labor efficiencies, the consolidation of two manufacturing facilities, a 20% reduction in inventories, and new management team members and focus.

Keith also served as the Chief Restructuring Officer for American iconic gun manufacturer and supplier, Colt Defense. During his time there, he helped guide the company through a Chapter 11 filing and a plan of re-organization, which resulted in Colt’s successful emergence with significantly restructured and reduced debt ($200M), improved capital structure (including $50M in new capital) and an enhanced liquidity profile. The restructuring team and company were awarded the 2016 Turnaround of the Year Atlas Award, Upper Mid Markets from the Global M&A Network. For his role as Chief Restructuring Officer, Keith was named Turnaround Consultant of the Year, Middle Markets.

Keith also served as the Chief Restructuring Officer of global hog producer AgFeed Industries, Inc. and its US operating subsidiary, AgFeed USA LLC where, working closely with company Directors and BDO, he successfully guided the company through Chapter 11 US bankruptcy court and a facilitated the §363 sale of AgFeed’s North American assets to Tri Oak Foods and Murphy-Brown. The transaction delivered a 25% premium to value over the stock, and provided the capital and liquidity to then market and sell the distressed Chinese operations to eventual buyer, Ningbo Tech-Bank Co Ltd, in what is believed to be the first ever acquisition by a Chinese company of the Chinese operations of US Chapter 11 debtor. Mackinac Partners and Keith Maib were recognized with several key awards related to the AgFeed restructuring and transactions including 2014 Transaction of the Year by the Turnaround Management Association; International M&A Deal of the Year, Agriculture Deal of the Year and §363 Sale of the Year by the M&A Advisor; as well as receiving a 2014 Champions Award from the Association for Corporate Growth. Keith was also named as one of the “Top 100 Global Restructuring and Turnaround Professionals for 2014” by the Global M&A Network, an organization of financial leaders across the M&A, turnaround, and alternative investor communities.

Keith also previously served as the interim Chief Executive Officer and Interim Chief Financial Officer for PlayPower Holdings, Inc., the world’s largest, fully integrated manufacturer of commercial playground equipment and floating dock systems. He was instrumental in leading the company’s successful turnaround and restructuring of $300 million of debt and $45 million of new capital. Mackinac Partners was awarded M&A Advisor’s Industrial Manufacturing/ Distribution Deal of the Year and The Global M&A Network’s Turnaround of the Year Middle Market for its roles serving PlayPower.

Keith graduated from the University of Kansas in 1981 with a Bachelor of Science degree in business administration and an emphasis in accounting.