It’s a tale of two Big 4 studies. The Deloitte M&A Trends Report finds that corporate and private equity executives foresee an acceleration of M&A activity throughout 2018 “in both the number of deals and the size of the transactions.” The PWC M&A Integration Survey, meanwhile, reports on a less enthused crowd. Many F1000 executives who’ve undertaken a merger or acquisition during the last three years bemoan a lack of “high performing deals.” Anyone else see a disconnect? We’re in search of the pot of gold promised by the merger of complementary companies, but that end-of-rainbow fortune has proven elusive. The culprit? Integration.

A recent roundtable on merger integration included participants from many leading private equity firms: Centerbridge Partners, Trilantic Capital Partners, Searchlight, The Wicks Group of Companies, Dorilton Capital, Atlas Holdlings, Yellow Wood Partners, New Mountain Capital, Partners Group Private Equity, WP Global Partners, Carlyle Equity Opportunities Fund (CEOF), and H.I.G. Middle Market Fund. Participants revealed that the integration rainbow is littered with pitfalls that can befall even the most well-matched of mergers: “A lot of executives make the mistake of believing the end of the project plan marks the end of the integration, but there’s still much more work to be done in order to achieve the real benefits of the merger. Full integration probably takes three times as long as you’d think. Acquiring companies need to have the persistence to see it all the way through. Many don’t.” The roundtable further identified seven imperatives to integration success. 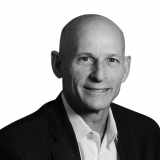 John has nearly four decades of CFO and senior financial experience across a variety of industries. His work has spanned companies with headquarters and operations throughout the U.S., U.K., Europe, Asia, the Middle East, and Brazil. John has substantial experience in both the public company and private equity arenas.  Read more