Insights from the Accordion Roundtable...
Ensuring Add-ons Add Up

Given the importance of integration to deal success, we devoted our most recent Accordion roundtable to the subject. This intimate breakfast in midtown Manhattan gathered 15 private equity professionals from a variety of leading firms. The discussion revealed that integration is littered with potholes and pitfalls that can befall even the most well-matched of mergers. Knowing where to find, and how to navigate those challenges is what separates high performing deals from underperforming failures.

Though the roundtable was held early morning, we walked away with a “Letterman late night” top 10 list of sorts, (albeit a list of 8, and one designed to be less funny and more fruitful).

Scope buyers, on the other hand, often use their acquisition as a springboard into new and unfamiliar territory, whether to expand breadth and geographic range, open up new markets, sell products to new customers, or diversify the company. “Because these deals are less about streamlining operations and exploiting cost synergies, the investment of time to win over the hearts and minds of management, to explain the vision behind the acquisition, will be far more significant.” And that holds true even when the size of the companies merging would suggest otherwise. “We had a Goliath in industry A swallowing up a David in industry B. Their size would suggest only nominal resource investment into integrating David, but the opposite proved true. Because it was a scope deal, it was critically important for the management team to feel good about coming into a new environment, and so we spent far more time massaging the David integration than we would have suspected based on deal size alone.”

“Is this a time to get into the weeds in merger integration planning? No, of course not.”

The outset of the transaction process is the time to make reasonable and conservative integration expectations, such as: revenue and expense synergies, operating expense and capital expenditure integration budgets, and integration timelines. The truth is, however, many of the initial evaluations now happen before, well, the beginning. “It’s very rare that we will get a CIM that happens to be the perfect fit for one of our portfolio companies around which we don’t already have a perspective. Either that’s because we always vet the market for add-on acquisitions or because, as is happening with more frequency, prospective acquisitions will actually call us with a synergy plan. For example, we just bought the number one player in a market and the number two player called us and said ‘we’re doing a couple million bucks in EBITDA, but we can deliver you more than double that through synergies and here’s a corresponding cost plan.’”

“Ideally, we would have a dedicated PMO in every situation, even if it’s a small tuck-in, because you need someone bird-dogging the integration to realize the synergies and to get the basic integration stuff done. Otherwise, there’s just too much work for any sort of management team to do.”

The merger is a shiny new toy that can distract from day-in-day-out operations; the PMO ensures it does not through the creation of a separate integration entity. But, who heads that entity? Someone who is senior, well respected, and has the credibility to spearhead integration efforts. Sometimes that person can be found in either the acquiring or absorbed companies. But just as often, even when that skillset is found, the necessary bandwidth is not. In those cases, it’s best to look for either an external operations agent: someone or some firm that can work shoulder to shoulder with management through the entire integration process.

“A successful integration boils down to keeping most of the people that i want to keep.”

If retention is the name of the game, then communication is best way to play. Intuitive as it may sound, it can be difficult to keep the workforce fully aligned. A 2017 PwC M&A Integration report revealed that only 31% of F1000 executives who have undertaken a merger felt “very satisfied” about employee morale and only 33% believe that employees understood the company direction. “That’s stunning, because that’s the whole point of the merger. So if we’re not communicating to our employees properly, then what are we doing here.”  Which is why early and ongoing communication with employees it critical to deal success. “You want to tell your people off the bat, ‘Listen, we know it’s going to be bumpy for a while, but here is what the end of the road is going to look like.’  And then you want to hug all of the people that you want to keep forever, and hug all of the people you want to keep at least through the transition.”

“…So we plan a town hall schedule. We say to the CEO ‘sorry, not sorry, but for the next two months you will be on the road meeting with every single person face to face, locked arm, shoulder to shoulder, communicating; Communicating, our vision, our plans, their future.’ If they won’t buy in to that, we won’t buy. Period. It’s a non-negotiable.”

2. BEWARE THE FUZZY MATH: There are 4 key buckets of integration activities. First, you have to onboard the people, from the C-suite and below. Here we’re talking about integration blocking and tackling basics, like making sure all acquired employees get paid on day one. Second, is retention. We’ve mentioned employee retention, but retaining customers is just as critical. To that end, you’ll want to ensure that the integration feels as seamless as possible on the client side, otherwise you’ve created quite a window for competitor poaching. Third is financial reporting. “Along the way, you have to figure out how this business is doing. These are the metrics you will need to employ to do that in this new merged environment.” And, the final bucket is goal alignment. Here it is critical to remember why you are doing the deal in the first place, and that you’re tracking progress with the appropriate indicators.

“Make sure you are forming an integration team that is going after where the money is, and avoiding where it’s not. Beware the fuzzy math.”

(In fact, we know there’s more – there’s a substantial cutting room floor of integration imperatives we’ve left at the Accordion offices.) What have we left out that you struggle with? What are the hidden integration challenges we haven’t identified? We’d love to hear them from you. Or perhaps we’ve captured most of the integration challenges that keep you up at night or that regularly hinder deal success. In that case, we’d love to start a dialogue about how we can help. 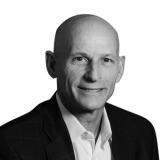 The roundtable will be facilitated by John M. Jureller, Managing Director at Accordion and former Operating Executive at General Atlantic.  Read more